Community is the key to resilience

Four weeks into the job, Josh Stanbro, chief resilience officer of the city and county of Honolulu, discussed confronting the sustainability challenges confronting the city.

"On Oahu, people recognize that there are direct and immediate threats from climate change," said Stanbro.

Forward-thinking Honolulu recently had voted to establish an office of resilience that tackles affordable housing, critical infrastructure and response to natural hazards associated with climate change and sea level rise.

"The more we try to resist change, the more change happens despite our best efforts," he said. He and the city's citizens are aware that they must "change, adapt, steer and guide around the 21st-century challenges of climate change impacts, rapidly evolving technology, automation and interconnection with the global economy."

Honolulu is leveraging the global community as part of the Rockefeller Foundation's 100 Resilient Cities program, where cities from around the world are pioneering and sharing work around resiliency towards these challenges. 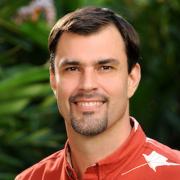