How Joe Gebbia changed the world with an air mattress

Airbnb is one of the sharing economy's juggernauts and is a prime example of how a good idea can succeed with the right platform. The company's co-founder and chief product officer, Joe Gebbia, sat down to talk with GreenBiz's Joel Makower during VERGE 2014 in San Francisco.

"This was never meant to be a business," Gebbia said about starting Airbnb. "This was a weekend project to make rent."

Gebbia said that the spirit of the sharing economy is based in reducing waste. "I think there's just a general principle of inspiring people to be more resourceful with the things they have," he said. Gebbia said that on average, an Airbnb guest produces less waste, uses less water and less power than an average hotel guest.

Gebbia attributed the success of Airbnb to the progress Internet technology has made over the past two decades. "Airbnb couldn't have happened 10 years ago," he said. "The soulutions weren't in place." 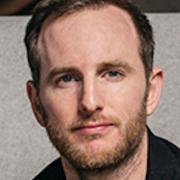