Matthew Nordan: Using transparency to get around R&D roadblocks

When looking at sustainability and environmental policies, it's easy to think the worst.

"It's easy to get bummed out about ongoing coal plants and U.S. opposition to action on climate change," Matthew Nordan, managing partner of MNL Partners, said to GreenBiz's Shana Rappaport at VERGE in San Francisco. "But we're actually winning."

Nordan cited a global shift toward renewable energy generation, including China. He also noted that transparency can solve previously unsolvable problems in innovative ways, invoking an example from Intel.

"It's Intel's way of saying, 'Here's a list of all the things we can't solve, and since we can't solve them, they must be valuable. Go figure it out,'" he said. "Without them having to pay money or enlist hordes of R&D folks, they mobilize every university researcher, every startup guy in semiconductors and every investor around the problems they want to solve." 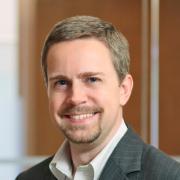