Tim O'Reilly on the WTF economy — What's the future?

What's the future of work?

While engaging some of the world's smartest people in fields as diverse as robotics, AI, the on-demand economy and the economics of labor, Silicon Valley's leading intellectual Tim O'Reilly identifies the key drivers of some of today’s most successful startups.

He describes his unique take on what a "unicorn" is: a technology company that has an initial reaction of "WTF?!" from the public, but eventually makes the transition from "amazement to banality" when its utility makes it ubiquitous. He posits that one of these unicorns of today is in the power sector: "This transformation of the electric grid to something that is much more sustainable, much more distributed will actually change the way our society works," said O'Reilly.

O'Reilly also examines the connections between technology such as driverless cars, Siri, Google Now, Microsoft Cortana and IBM Watson to see what they can teach us about the future; specifically, how this will catalyze positive action across all industries. 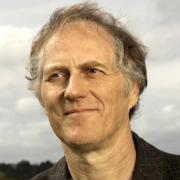