In 2008, Hawaii signed into law the most aggressive clean energy goals of any state in the Union. It set the islands on a path to clean energy. Ten years later, the four counties matched the State's clean energy goal with a commitment to 100% renewable ground transportation and new data tells the story of how Hawaii can move faster than anyone originally thought, more than doubling its renewable energy potential to up to 84% by 2030. Aggregating technical, economic, policy and social data for ground transportation and electric power, how do the numbers translate into action? Where are there opportunities for innovation? What does this mean for the rest of the country and the world? 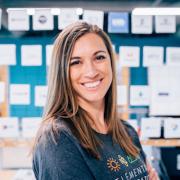