Autonomous cars are all over the tech news lately, but car companies have been working on the technologies that will make it possible for quite some time. Katherine Yehl, Volvo's North American director of governmental affairs, said that the change to autonomy in coming in increments, not all at once.

Using that broad definition, many luxury cars today have autonomous features, including Yehl's.

"The car I have drive today has autonomous braking for pedestrians and rear-end car situations," she said.

Fully autonomous cars are the goal, and offer many benefits, according to Yehl.

"There's safety, there's fuel economy benefits, there's congestion mitigation and there's also time in the car," she said. "People want time; they want to be connected, so it provides those opportunities to people." 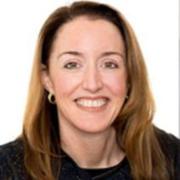