Luis Salaveria, Director of the State of Hawaii's Department of Business, Economic Development & Tourism, spoke at VERGE 2015 in San Jose about how Hawaii's challenges act as an impetus for the state to become a leader in the evolution toward a renewably powered future.

"Solutions will be made in Hawaii, by the people of Hawaii, for the rest of the world." said Salaveria. 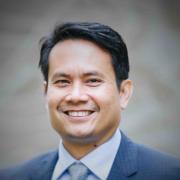