The dominant economic model of the world as we know it is being transformed because some people saw value in excess capacity, argues Robin Chase. She herself also happens to be one of those visionaries.

The co-founder of Zipcar, the largest car-sharing organization in the world, said the collaborative economy that’s emerging from people leveraging the excess capacity of cars, beds, equipment, office space, data, teaching and so on is creating a ton of value.

In one sector alone, data with the sharing of it occurring through the open data movement, McKinsey & Co. estimates some $3 trillion in value has been unleashed.

"And it’s happening in every single sector," she said, speaking on the mainstage of VERGE 2015 in San Francisco, from education with the likes of Moocs to transportation with Zipcar, Uber and Lyft to housing and tourism to retailing.

This bonanza is resulting not only because of excess capacity but also, of course, because of the Internet and the democracy-enhancing power it brings to economies.

"Excess capacity is being leveraged on platforms for participation with diverse groups of people who are doing the engagement."

How do you identify excess capacity? "Something that already exists, already paid for but there is more value there," she said. Then, harnessing it is the value add these companies have figured out.

The entrepreneur spells it all out in her new book, "Peers Inc.," and its related website.

As a replacement of the asset-based economy in which an entity had to accumulate or build physical assets to grow, the collaborative economy allows faster growth. For instance, the largest hotel chain in the world took 65 years to grow to 645,000 beds but Airbnb took a mere four years to grow to 650,000 beds. 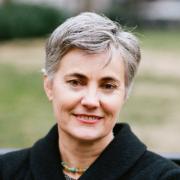